Skip to content
Home/General, In the Biz: Wireless News/Every online step you take…
Previous Next

Every online step you take…

Big data is utterly useless. Unless it can be analyzed in a relevant way, one that builds bridges to consumers instead of burning them, it’s not hard to see how accessing consumers’ data can creep them out, leaving them feeling vulnerable and skeptical of the business.

About 95% of consumers don’t want their data shared with 3rd parties, and yet the online advertising business is growing exponentially. Despite the glaring lack of correlation between what consumers seem to want versus what the industry is prepared to offer, there is no doubt vast potential in the collection, analysis, and deployment of big data collection for the purpose of optimizing customer relationship management and improving target marketing. 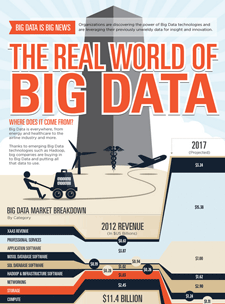 Some companies have argued that businesses are doomed without comprehensive, “big data” analytics. Thunderhead, for example, provides a data analysis software that gleans relevant information about a potential customer from a variety of channels to help drive customer engagement. Full disclosure, their disturbing commercial highlights numerous concerns, notably the fundamental problem with big data: its inherent creepiness.

Data on you, your friends, and everyone you know with an internet connection is being collected by millions of companies, free services, browsers, apps, programs, and software. Whether it’s browsers like Chrome and Edge, or search engines like Bing and Google, the majority of online services we use multiple times per day are building profiles on each one of us. The UN digital privacy chief says it’s “worse than anything Orwell could have foreseen,” calling for a Geneva Convention on internet privacy.

If you look at the UK’s CCTV system, Winston Smith (the character in Orwell’s novel, 1984), was at least able to go sit under a tree in the countryside and expect no cameras to be watching. But today, vast parts of the English countryside have more cameras than Orwell could have ever predicted.

As Charles Duhigg wrote in 2012, “Almost every major retailer… has a “predictive analytics” department devoted to understanding not just consumers’ shopping habits, but also their personal habits, so as to more efficiently market to them.” Thankfully, businesses are learning how to use collected data in a less creepy way, one that you as a consumer can actually benefit from.

In fact, Christopher Bucholtz writes that the shift in consumer perception regarding big data will open up new doors for advertising that embraces the consumer instead of alienating them. “It’s not just big data and a technology-driven revolution – it’s also a shift in attitudes about data’s place in the selling process, its role as a guide or as a reality check, and its ability to fuel new processes that drive greater sales performance.”

All the same, nothing quite eliminates the creepiness of big data collection.