Skip to content
Home/General, Social/Hilarious old modern tech sure to make you thankful for the 21st century
Previous Next

It’s that thankful time of year again. As past November Connect Yourself issues can attest, it’s a time of year where we at Connect-It like to give love and thanks to all things wireless. Aside from our awesome tower crews, smartphones, the DBI Exofit, and Jim’s bountiful Halloween candy contributions, this year we’re recognizing the kick a$$ technologies of yesteryear that set precedent for the comforting innovations we enjoy today.

With all of the technical gadgets we’ve come up with over the past decade, you might think the human species has reached its innovational zenith, and that nothing which could be invented hasn’t already been invented. Between smartphones, medications that slow time, selfie sticks, and the word “Crackberry” actually being added to Collins dictionary, it may even seem that modernization has come and gone. But not so fast there buckeroo! Our grandparents and great grandparents had access to some of the hottest new “innovations” that we do today; they just didn’tlive-tweet about it.

It goes without saying that this century’s greatest invention was the e-reader. Kindle, Nook, or iPad, condensing reading materials into the palm of our hands was an achievement realized over 100 years ago with the Fiske Reading Machine. This handheld reading device allowed our ancestors to read adult fiction and fantasy novels about equal rights in total privacy. Designed by a bookwormy ophthalmologist, Rear Admiral Bradley Fisk, the device condensed Mark Twain’s 93,000 word The Innocents Abroad, into a pamphlet just 13 pages long. We all know that the Fisk machine did little to revolutionize reading in the 20th century. But we are left with the knowledge that the desire to control our surroundings in the palm of our hands wasn’t an idea hatched up in our lifetimes.

With social media, smartphones, and even smartwatches, the news is always at our fingertips. We’re not the first generation to have access to fast-breaking news, however. Back in the 1930s, radio facsimilesdistributed newspapers to households with enough disposable income to purchase the special machine. An ingenious invention of modern convenience that was only slightly offset by the 6 hour printing time. And most machines could only get the signal between midnight and 6am. Despite the promise of gaining “instant” access to news, radio facsimiles never really took off. A mystery, this one. 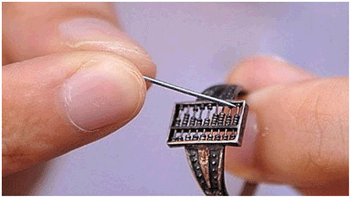 Wearable technology has a historical precedent? Why not. As it turns out, 17th century China had created a ring containing one of the most revolutionary mathematical technologies in the world at that time: the abacus. Now, I know what you’re thinking, but using an abacus in old timey merchant trading was just as common as pulling out your smartphone’s calculator. 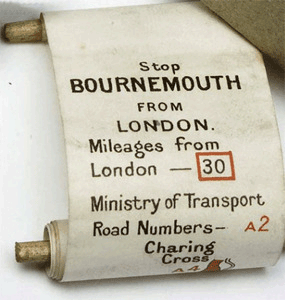 Most of us would never leave home without a GPS to guide our way to the new job site. Did you know that GPS has been around for almost a century? In 1932, the Iter Avto was brought to market. It was essentially a box that contained a scroll map of the driver’s route. As the car traveled, the scroll would automatically move to provide the driver with an up-to-date geo-location. This map also provided real time information about the area, like if you were near a river, hotel, or railway, allowing you to take immediate action. The only real drawback was that it relied on the driver to create the route and noting possible dangers, which totally negates the purpose of a GPS system. Eventually, the technology died out and was never heard from again. 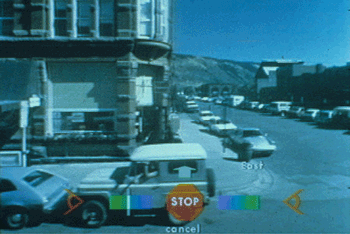 Google Street View, wasn’t the first “street view,” nor the first source of unintentional internet hilarity. In the late 1970s, MIT researchers invented a technology that allowed people to explore the streets of Aspen. Using cameras mounted atop station-wagons, hundreds of students were sent out into the streets. The result? See for yourself. Based on the footage, the Aspen Movie Map contains no nudity, active crimes, or disturbing crop formations, which might explain why it never hit the spotlight.<